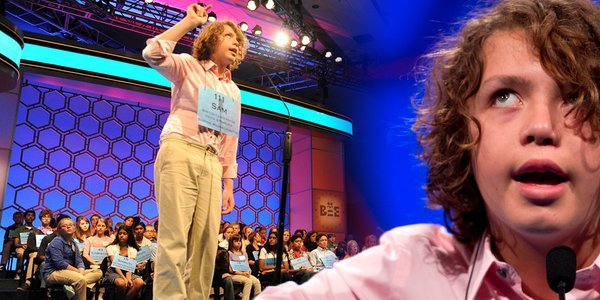 There was a hush all around the stage. No one wanted to take their eyes off the two genius children who now sat facing their biggest challenge. Who would lift the trophy of one of the most prestigious events held annually in the United States? And, the finale was nothing that was expected!

The 89th Scripps National Spelling Bee Competition was conducted at the Gaylord National Resort & Convention Center situated in the picturesque town of National Harbor, Maryland on the 24th of this month. This is the annual pilgrimage site for all those talented youngsters who have been put under the S-P-E-L-L of spelling! Every year we see thousands of kids out-spelling each other in order to be declared the brightest in the country. And, this year was certainly no different!

There were two hundred and eighty four contestants at the beginning of the contest. This contest saw many familiar faces, as there is no bar on the reappearance of the candidates of the previous years from competing again. Most of these talented kids were in the age group of six to fifteen, but this year had a special entry in the form of Class-One student Akash from Texas.

After a tough written test and an even tougher oral round, the 45 finalists were finally selected to participate in the main events. Again after subsequent rounds, most of these children had to bid adieu to their dreams as well. At the end of seven really stressful rounds, the judges were able to get 10 of the smartest spellers amongst the millions that had applied.

This year’s finals were certainly a nail-biting event. This year too saw the emergence of two winners. Jairam Hathwar and Nihar Janga were declared co-champions after sparring each other for a total of 24 championship rounds.